Well, if you’ve been following along, you know we’re working behind the scenes on some changes. We are now releasing version 1.146 as ready to download. What follows is a list of changes that You have asked for. This list includes the 1.145RC that we posted for you ‘Early Adopters’… 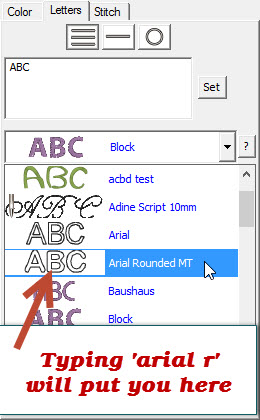 On Mac you get to type just a few letters because that’s how Apple does it, and they don’t let us change it. On Windows we have overridden it to work as follows: You can type and even backspace. We know some of you want rather more extensive user interface for this, but for now there just isn’t anything practical. We’ll figure it out eventually. We note that neither Apple nor Microsoft have fathomed anything better yet, so it may take some time. 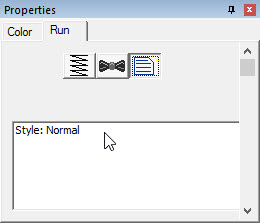 Were some bugs fixed? Sure. Everything we have actually open for a consumer is working, per our usual. Got a bug, feature request or a question? We don’t know about it unless you ask. Please make use of our state-of-the-art support ticket system by clicking the ‘Contact Us’ link at the top of the website. It’s free, easy, has no Growth Hormones and is completely Organic!

-Brian and the team

"I purchased Essentials last night and am so happy to finally not have to boot up windows on my Mac to work with my embroidery designs!! Thank you, thank you!"
From Roxanne B
Regarding Essentials